Set goals you are going to fail

Some stuff I learnt from running

The most important thing I learnt from running is this:

Don't set goals you know you will achieve.

I wouldn't have written this article if it wasn't for running. Before June 2018, I had never run more than 5km. When I completed my first ever 5km on the treadmill in the gym, I felt like I was going to collapse.

However, I continued running 5km runs and by the autumn, I had the crazy idea to compete in the Vitosha 100 in June 2019. It's a 100 kilometers race in the Vitosha mountain in Bulgaria. It was even one of my main yearly goals.

So I started preparing. In October 2018, I did my first marathon, 3 months later my first 50k and straight after, the Reading half marathon. 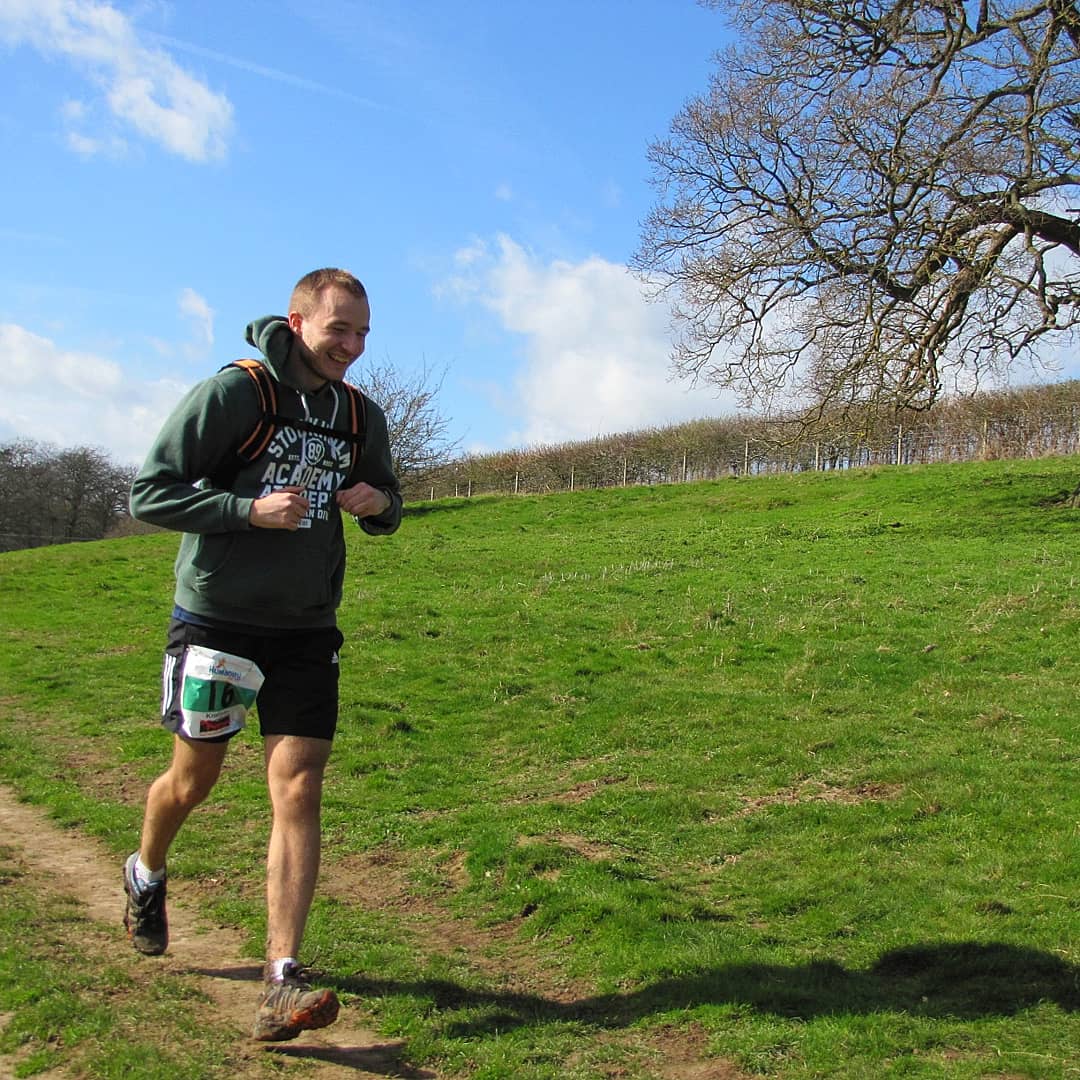 I am writing this article after Vitosha 100.

I didn't feel prepared so I decided against it.

Instead of feeling bad or ashamed about it, I decided to look at this experience from another perspective.

If I didn't have this overly ambitious goal, I wouldn't have run the 50k, or the marathon, or the hundreds of kilometers in preparation for the race.

I failed at my big, flashy goal, but I still achieved a lot more than if I didn't set myself this goal.

Crushing the half marathon

I signed up to run the Reading half marathon with my manager, Steve, in spring 2019.

I expected to run the race in 2 hours, which would have been a fantastic time for me. My personal record. There were different starting sections depending on how fast you wanted to run. Steve decided that we should join the 1:40 pacers.That was impossible in my mind.

Nontheless, I said "sure, let's do it", while imagining that I would run with them for 1km and then slow down and join the 2-hour racers.

After the first 3 kilometers, I felt exhausted and had to stop. Steve went ahead because I had to walk for a bit in order to catch my breath. Fortunately, I regained my energy and was able to finish in 1:51 hours.

If I had started with the 2-hour runners, would I have gone above and beyond and finish in 1:51? No way. 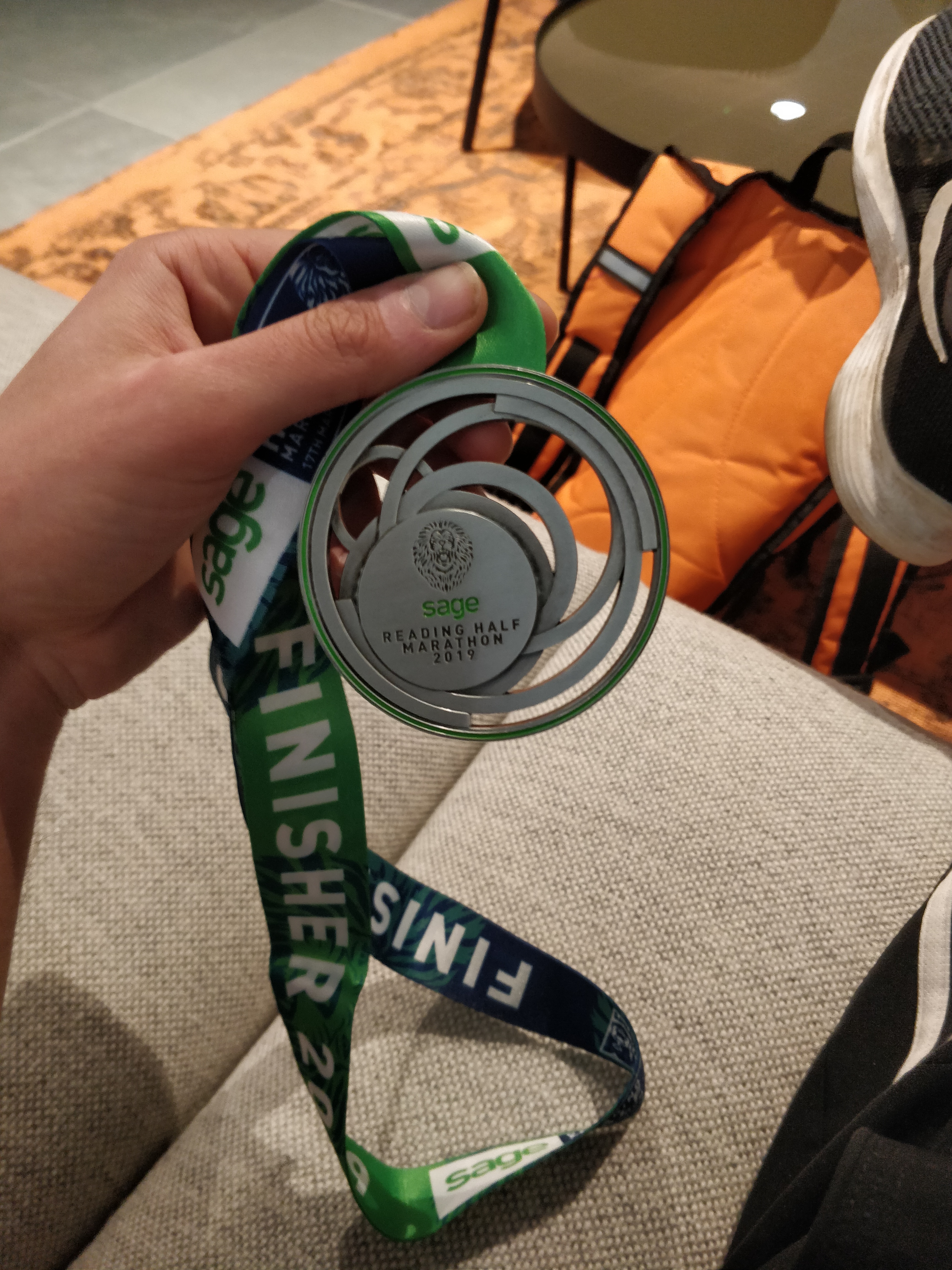 In my mind, 2 hours was the limit, so probably I would have finished even slower than this and still call it a success. But my limit was not 2 hours, it was 1:51. However, I didn't know this.

I realised that I can achieve more than what I was capable when I put myself in a situation that was designed to fail. I couldn't have run in 1:40, but why not 1:50?

The majority of times, we achieve less than what we have planned. 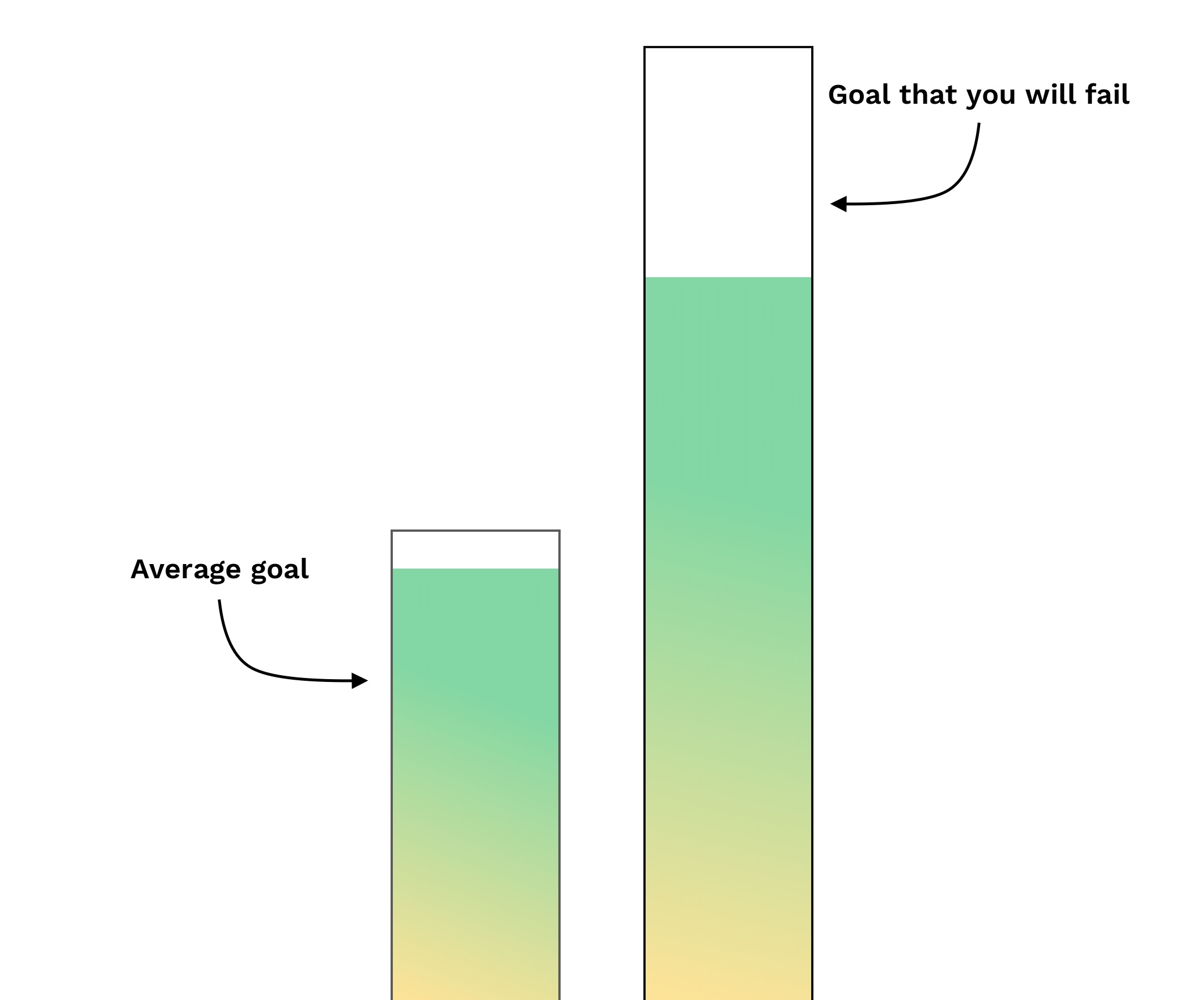 I'm looking to consistently be above average.

Chances are that for a more ambitious goal, you will achieve a smaller percentage of the total goal. But probably it will still be more than the overall average goal.

We will push ourselves more, whenever the goal is harder. Because we like a challenge, we don't want to know we can achieve something without a doubt. If we lose that competitive edge, we can get a bit... lazy.

Going forward, I will set goals that I know I'm going to fail. I might not achieve it fully, but that's ok with me. It's much better to know that I have pushed myself as much as I can.