We were in Malaga from the 18th of June to the 16th of July and had an incredible time! This led to a slightly incredible budget...

Average per person per day: £49

Our Airbnb was nice but a bit on the small side and the cooking facilities were limited to a small single hob (which we missed on the listing).

The location was extremely central which came with its pros and cons.

We were close to everything you could want - restaurants, bars, shops, our co-working space and the beach were all within walking distance. 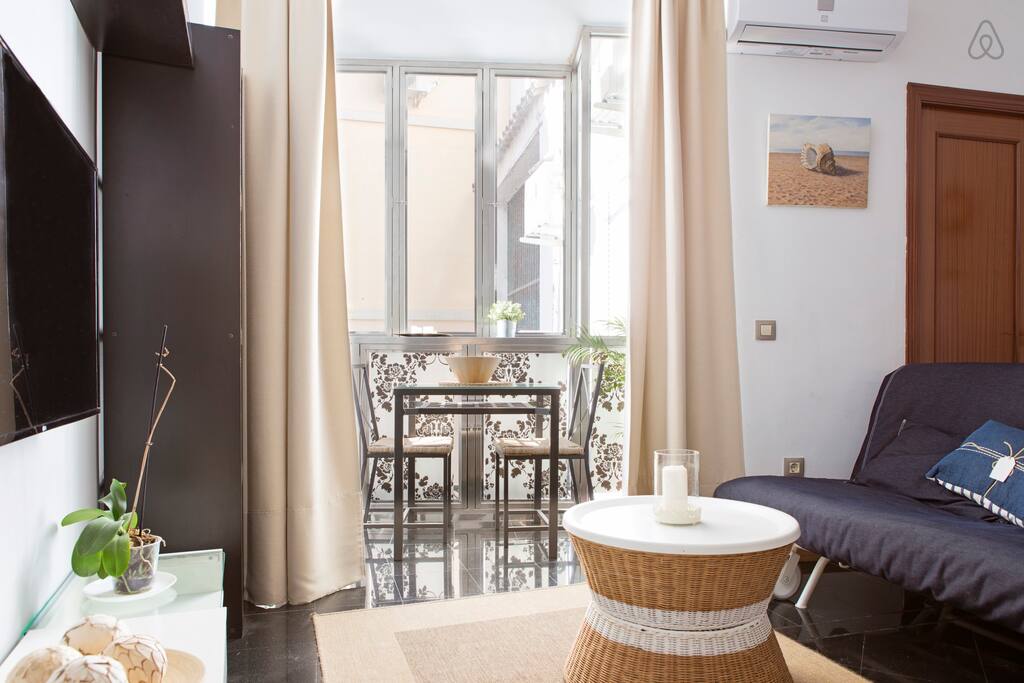 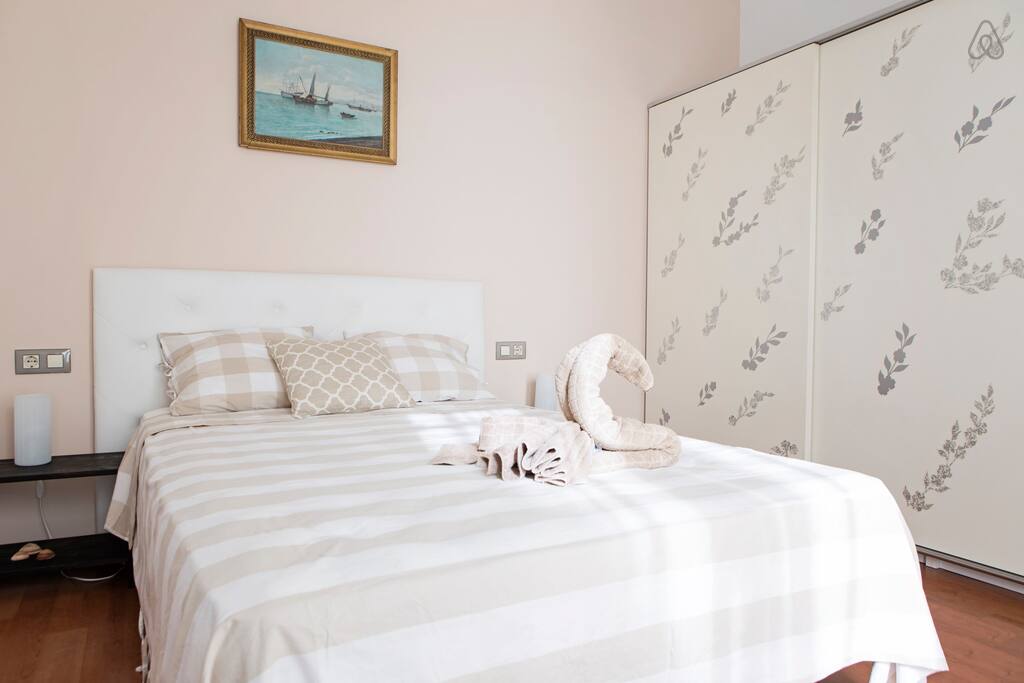 However, one thing that we learnt quickly is that Malaga is loud.

Being near the bustling tourist centre isn't the wisest choice if you're staying in the city for a month and not going to be the ones coming home at 3am every night.

When we come back to Malaga, we'll definitely stay a bit out of the centre - either across the "river" (which doesn't have any water in the Summer) or in an area called El Palo.

It's a lot quieter in El Palo with nice local food and the beach was a lot nicer. The beach in the centre of the town was actually a pebble beach which was converted to a "sand beach" using the rocks. This meant that you will be covered in dust if you start rolling around in it.

For the peace and enjoying more local food and prices, it's worth the extra walking distance.

When we think of Malaga, the first thing we think of is the co-working space and we can't recommend it highly enough.

From day one, everyone was incredibly welcoming and throughout the month, we joined events organised both by TLR and its co-workers. 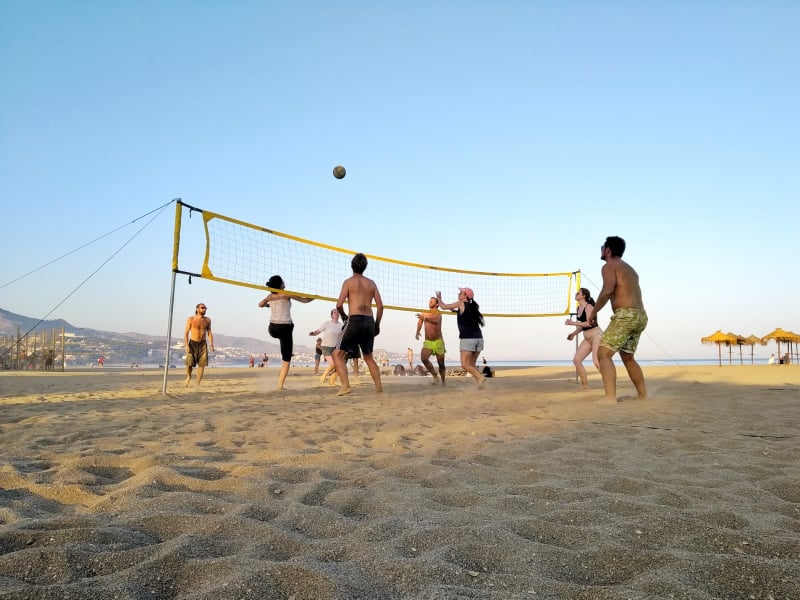 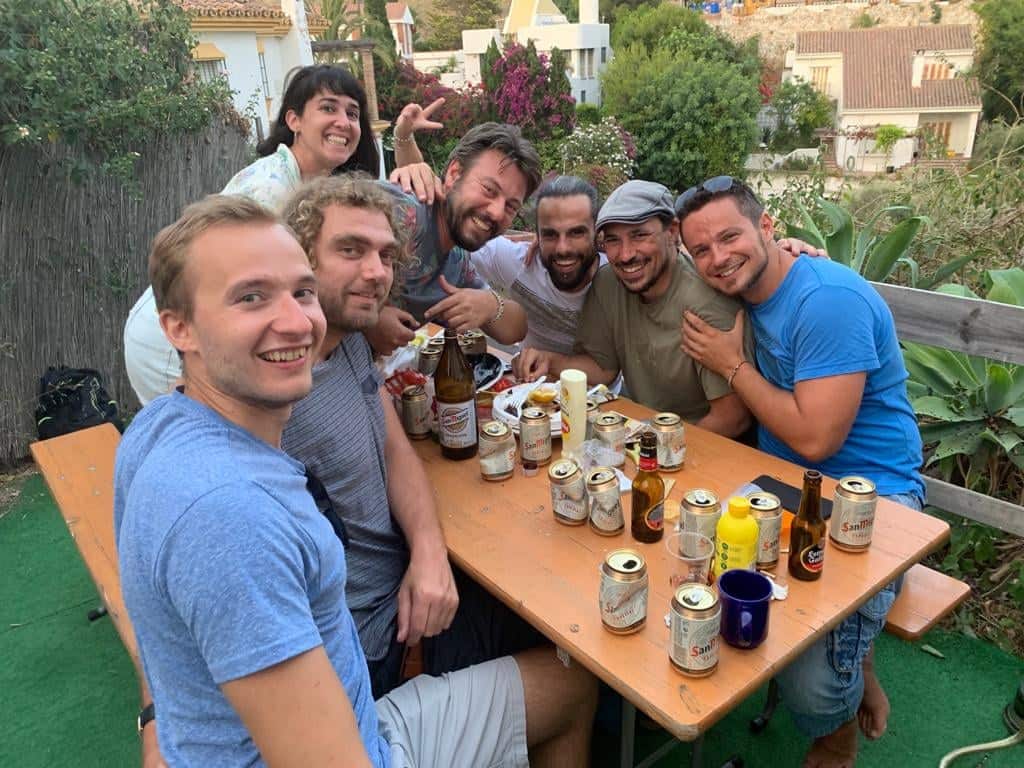 To give you an idea, within the four weeks we were there we played beach volleyball with people from the office every Tuesday evening, went to an "International Dinner" (a BYO dinner party with food from your home country), BBQ at the home of the TLR founder and many drinks and dinners.

They have a collection of WhatsApp groups to join based on what you're interested in as well as a wider group one for organising community-wide events. 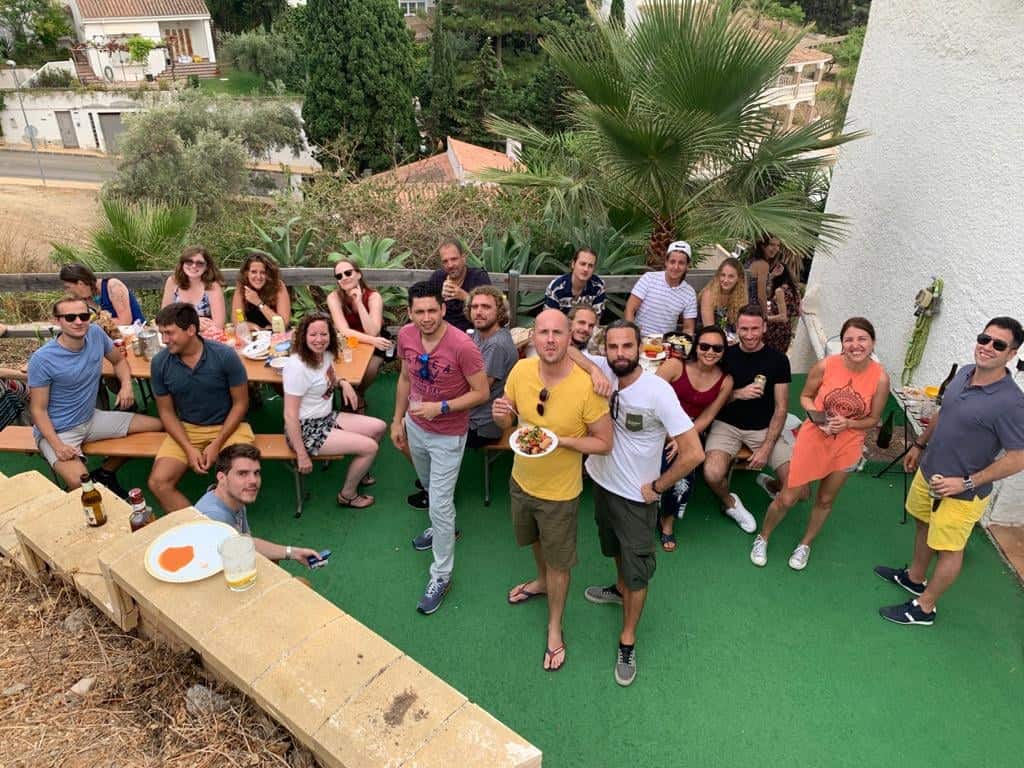 They actually have 2 locations within 5 minutes from each other so you can pick which one you like best.

Hannah and I actually went to different branches while we were there! They also have a range of different packages to suit how you like to work. We went for the 80 hours in one month option.

However, if you only want to join the community and not the co-working space, there is an option for this as well!

TLR is also an awesome place to get stuff done. I really enjoyed going there and I felt productive throughout my work hours.

The endless battle: Eating out vs Eating in

Just like in Sofia, we ate out most of the time. As I mentioned, our cooking facilities were a bit below par which made eating in a hassle.

This meant we ate out at almost every meal, hence the £700 spent on eating out. 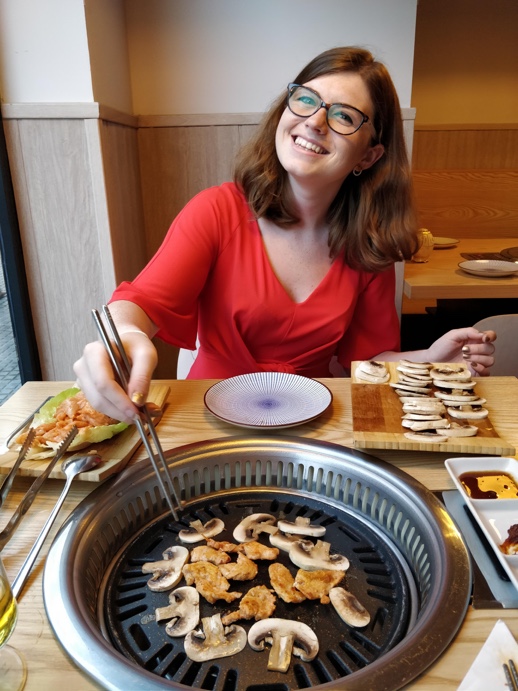 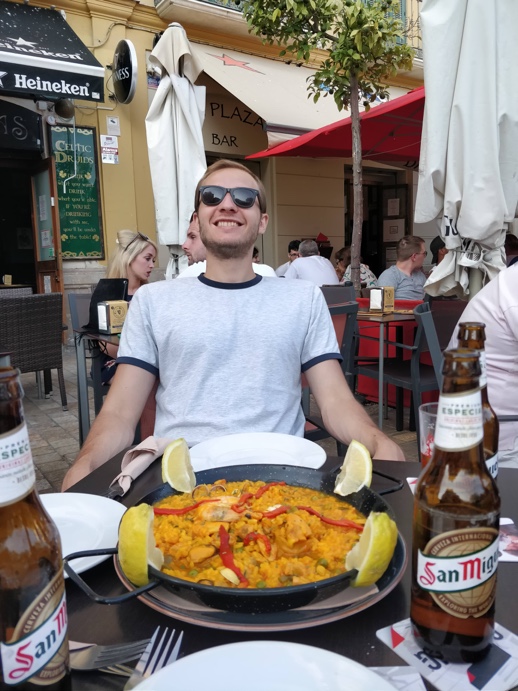 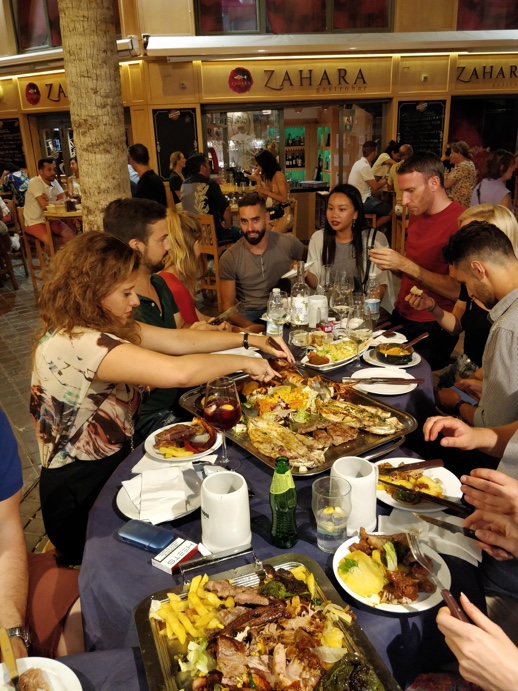 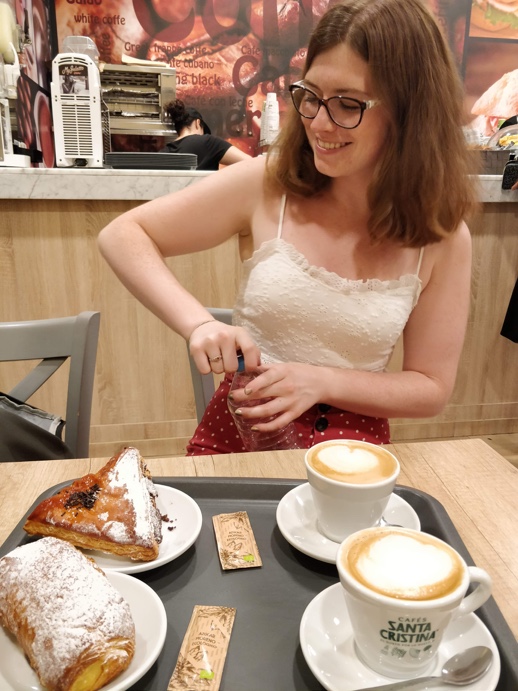 Breakfast was easy and very reasonable. Pan con tomate (bread with tomato) is the standard breakfast for the region so it's very cheap and many places have offers with this + coffee + orange juice for between €2-3 euro.

Lunch is always an awkward meal but we found some good options around TLR - I recommend UnoSiete which is a good lunch and comes in at around €5.

It also turns out that paella is more of a lunch dish so you'll find lots of places offering pealla by the plate for around €5 in the afternoon.

Dinner is where things get a bit expensive. Traditional fried fish options can be very cheap, especially for the tourist area (€5-6 euro per portion) but very commonly in Summer the Spanish opt for Tapas over a full dinner. And when it's hot and your enjoying some beers too, tapas can be filling enough!

Tapas usually cost around €2.5 per tapa - my favourite one was the chorizo! 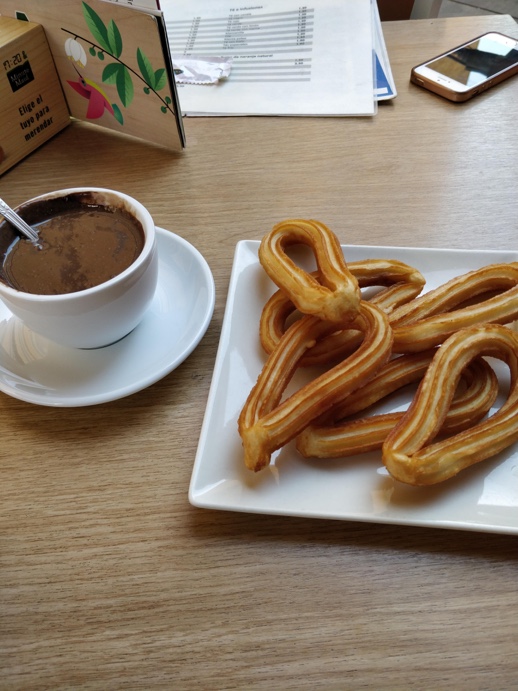 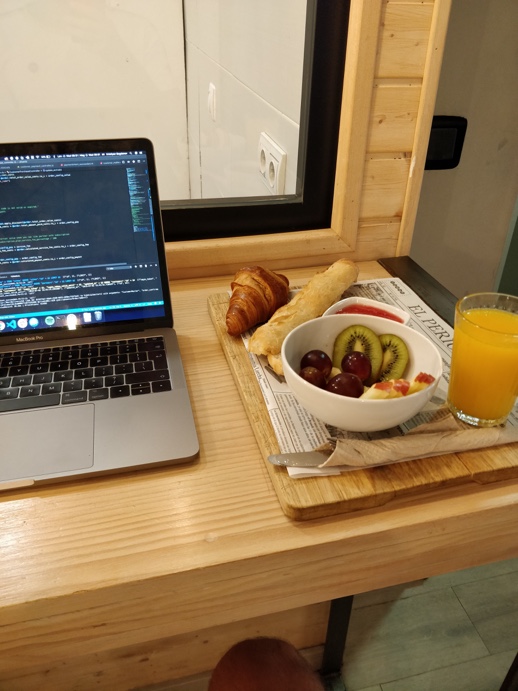 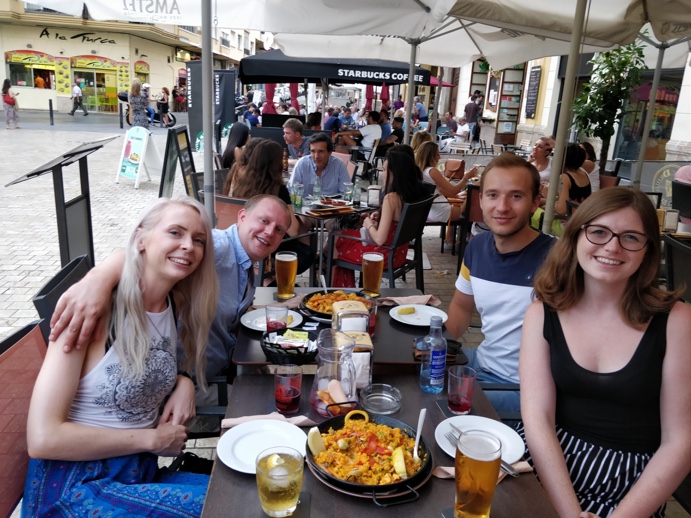 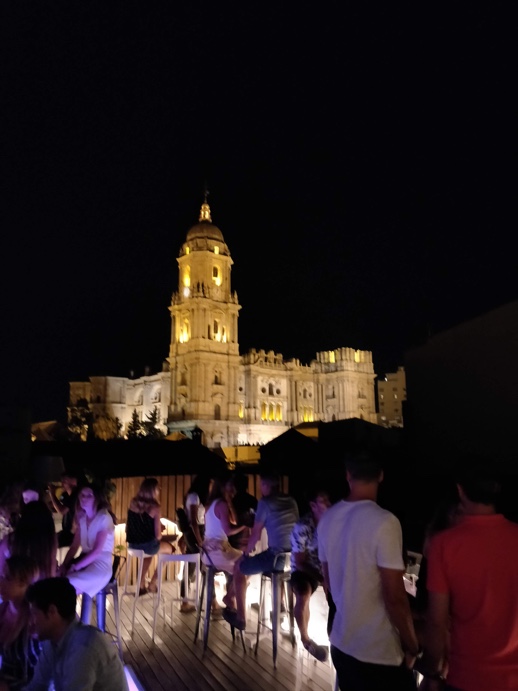 What did we do?

We were pretty busy while in Malaga, whether it was having visitors or hanging out with people from the TLR. We didn't do much in the way of sightseeing (since we'd been in Malaga before) but we did really enjoy paddle-boarding in El Palo. It comes in at €8 for 1 hour at Kayak & Bike and it's as easy as rent and go! This place is also open till about 10pm in the Summer since it stays bright until very late. 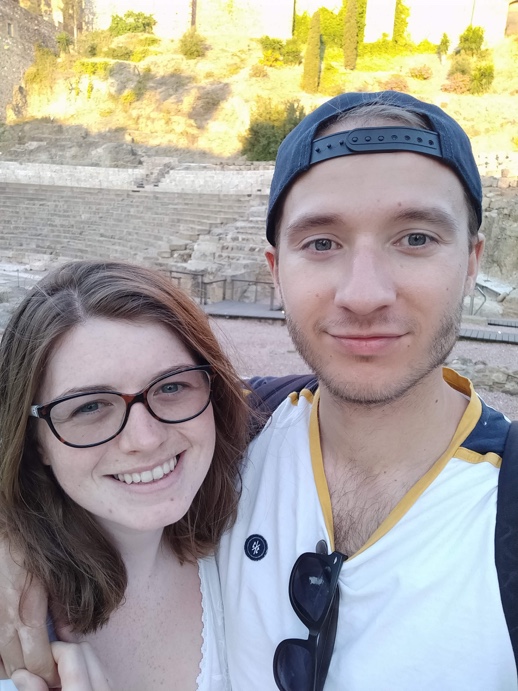 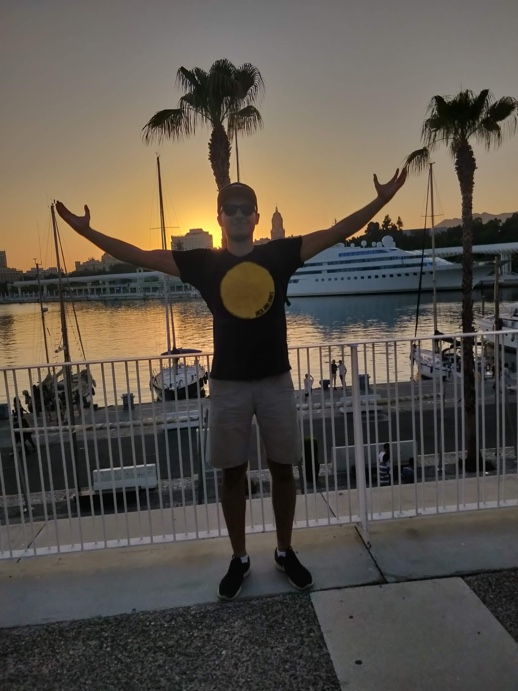 We travelled to Nerja one day to join a kayak tour of the coast which would have been €25 - €30 for 2 hour guided tour. However, we got unlucky and after travelling 2 hours to get there, it was too windy for the tour! So if you're planning to do something similar then definitely call ahead! 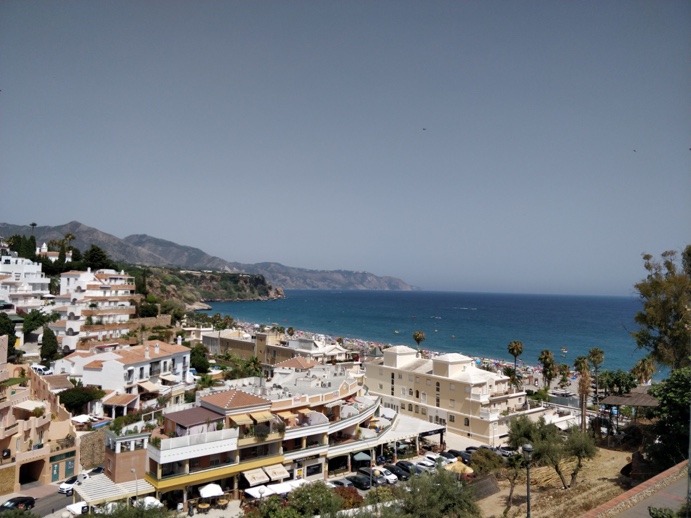 Where are we going next?

We are going back to England for about a week, so I can graduate and say hi to the team.

After that, we are straight off to Zagreb, where we will stay for 1 month.

I'm excited for the upcoming month - I plan to focus on my fitness and getting back into a routine. Let's see how it goes.